Actually I didn´t want to write about this topic, but today I found myself in such a situation and so I decided to change my opinion because I think it needs to be said.

As I have been to a authority office to renew my passport I went into the right room for my request. The responsible person was a woman who was about 50 years old and at first she seemed to be really nice. But after I gave all my documents to her, she started to complain why one document would be missing. I told her, that I don´t have this document because I was told at the same authority that it would not be needed. After I told her that, she started to be very rude and bad mannered. I was really shocked by her behavior because I haven´t done anything wrong, I just trusted the authority that I don´t need this document and I also knew it from my mum because she also didn´t need it some days ago when she was there. The woman started to yell at me and asked me why I came unprepared, which was definitly not right, and I told her again that I don´t have it because it is not easy to get it and that I was told that I would not need it. I absolutely don´t know what I did to her that she behaved so badly and this made me very angry, because if she is unhappy with her life or has a bad day it is not my fault and she should keep this to her and not to her costumer, who just asked friendly because of a very normal thing. At the end I could not keep my anger back and had to tell her that her behaviour is unacceptable for me, because I will for sure not let some stranger yell at me because of nothing.

I hope I will not see this person again, but nearly everday I can see how rude people are, especially in Vienna when everyone is in a hurry and just thinks of herself or himself. I just cannot and will never understand why some people are rude to others without a reason. If someone has a problem they should handle it on there own and find some ways to cope with it without making other people angry, sad, or something like that.


Nobody deserves to be treated so badly and rude when your are friendly or didn´t to something to someone else. This makes me really angry because I also don´t treat people so unkindly and then I also expect some respect from others. But some people really need to learn to be more friendly and kind, I just hope that someday they will learn it.

Did you already find yourself in such a situation? How did you handle it? 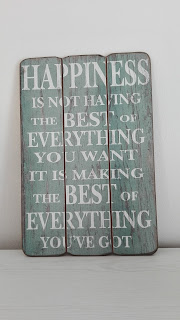 When leaving a comment on my blog, your entered form data will be transmitted to google servers (and in certain circumtances some more personal data, like your I.P. adress). You can find more information in my data protection statement and at googles data policies (https://policies.google.com/privacy?hl=de).