While I was having a nice walk a little while ago this topic came to my mind and I thought that it would be great for a blogpost because it is something that many people experience. I already wrote a blogpost about kindness some time ago that you can read here. 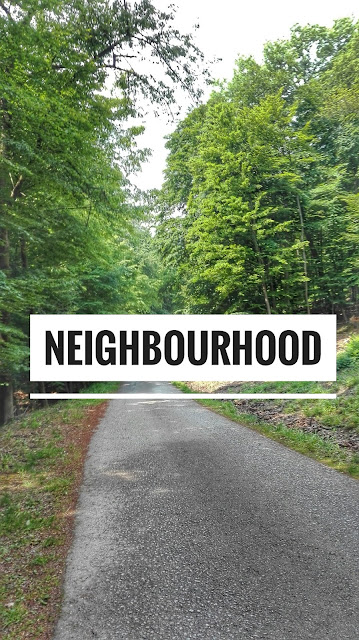 Everyone that I know has her/his favourite neighbours and I think nearly everyone knows the struggle of "not-so-perfect"-neighbours.

Having a good realtionship to his neighbours has so many great advantages: they can take care of your home when your on holidays, you can borrow things when you spontanuously need something important, you can have a nice chat when you see each other, and much more. In my opinion there are only positive things about it if you like your neighbours and know some of them well.

I am living in a flat, so I often see my neighbours in the stairwell. My favourite neighbours are living in the opposite flat and that´s really great because we support and help each other, no matter what´s on.

There are also some people who just don´t adapt themselves into the community.

Some people in our house are just totally unsocial, unfriendly, doesn´t take care of anyone else, and should for sure better live in a house - far away from any neighbours. They leave their stinking rubbish in the stairwell all the time (and they are smokers, so it stinks awful in the whole house!), and if anyone is a little bit louder they call the police (even if you have some works in your flat for a very short time).

I just cannot and will maybe never understand why some people just don´t want to have a good neighbourhood, why they are so egomanical, rude and just don´t try to get along with others well....

But it is a problem which is relevant in every area of life.

Life would be so much easier if everyone would try to get along with everyone and to take care of others, especially in a neighbourhood it is for sure not very good to be disliked of so many people because one day you maybe need something. It also brings a bad athmosphere into the house which is really pity, because it could be so much easier.

But in the end everyone needs to know what she /he is doing and if their behavior is useful, it´s just sad when other people suffer because of that unnecessary bad manners.

Do you also have such experiences? How did it work out ?