Sometimes it is important to let people go...

Letting people go, so that they are not part of your life anymore is something that most people have at least once discovered in their lifes, but no matter how often this happens, it never gets easier- but sometimes it is important to let people go.

It can be someone of your family, a good friend, a boyfriend/girlfriend, or someone else, who shows you that sometimes it better to let go of people that don´t want to be in your life anymore, that are a bad impact for your life or that really dissappointed you.


"If you want to grow, you have to let some people go"

Some days ago I started to think a lot about family, friends, people which have been important to me some time ago, about people which had a negative impact on my life and so on. I realised that this is something that happens really often and to many people- that suddenly a person which you´ve totally trusted, shows you her/his bad side and really dissappoints you . Many friends of mine have also told me about such situations, where they decided that it´s necessary to let some people go out of their life´s and that this was so hard. As I am also someone who has experienced, that sometimes it´s important to ban people from your life or to let them go, because only then your life can go on in a positive way and as I know how hard this can be, I thought that a blogpost about it might be something that many of you can relate to. 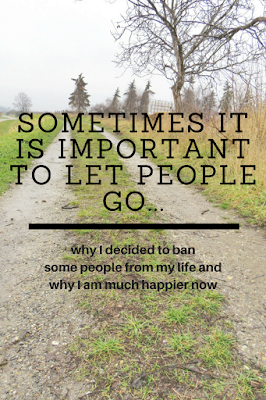 So here are some of my experiences:

Sadly I have already experienced that a friend, which I thought would always be there for me, suddenly showed me her real face, and that wasn´t a good one. It was such a big dissappointment, because I would have never thought that this could happen to our friendship. We always talked about everything and knew so much about everyone else. We were there for each other in hard times, but also enjoyed great moments together. Probably I will never know why, but suddenly that totally changed and I decided that I don´t want to let this person be part of my life anymore or to even waste a single thought about her.

The hardest thing for me was, when a family member, which I was really close to, decided that some other things in life, like money, would be more important than family and that this person started to make my life so much harder and tried to manage to bring my family apart. For me, family is everything, and I will never ever understand why this person tried to ruin my life. Also I can´t change that fact, but I will always fight against people like this person, because I won´t let anyone else decide about how my life looks like. Although it was really hard, because family is so important to me, it was necessary to ban this person from my life. It was the only thing that I could do, because it made me so sad and angry every single day and this was the only way for me to go on positive.

Letting people go, which haven´t been there for me in hard times, was something that wasn´t that hard for me. I think these persons don´t know why we don´t have any contact anymore. Maybe they will never understand, even though it is so clear why I banned them from my life. They have only been there in good times, but when it came to problems they weren´t, even though I would have needed support so much. All they talked about were good happenings, but when I mentioned that nothing was good at the moment, they didn´t even ask why or tried to help

All of these things are something that I will and can never forget, but it hurts me and no excuses ever can fix the damages which have been made. 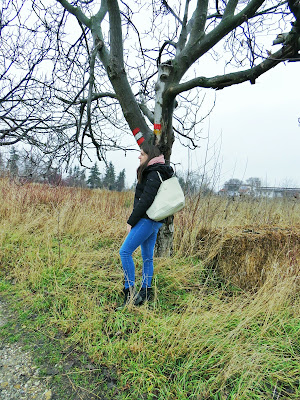 Have you also made such experiences, so that it was necessary to let go of negative people or to ban someone of your life because they haven´t been good for you or hurt you?