7 Tv series that you should know and watch

I am always searching for series that I haven´t seen, which are funny, exciting or full of drama. So I have now already some favourite ones, that I couldn´t stop watching as soon as I started with them. Also I can´t wait for new episodes in some of these tv series and I am totally excited about what´s coming next. Nowadays there are several different medias where you can watch tv series, but after doing some research I decided to watch on Netflix, because they have most of the tv series that I wanted to watch and it gives me much more possibilities than waiting for good tv series to be on normal tv. So here are my favourite tv series: 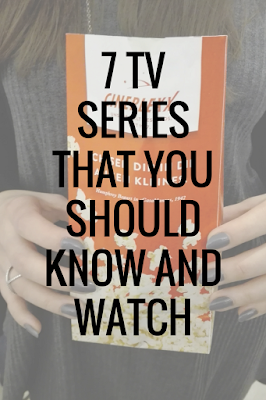 How to get away with murder

It´s an american drama tv series, about the law professor Annalise Keating and five of her students, which get involved in a murder. From second one it is super thrilling - you just see that someone is dead, but you don´t know who the person is, what Annalise´s students have to do with that and how the murder happend. With each episode you get to see more about the happenings and more and more mysterious things happen.
The tv series already has 4 seasons, but only 3 seasons are available in Austria and Germany at the moment.

Already an "older" one, but with new episodes airing regularly. I am a big fan since the series first started in german tv and therefore I am always watching the new episodes in tv. It´s about the physicists Leonard Hofstadter and Sheldon Cooper, the engineer Howard Wolowitz and the astro physicist Rajesh Kootraphali, which share a big passion for comics, science fiction and video games. From beginning on there is also Penny, the neighbor of Leonard and Sheldon involved. After some seasons there are also Bernatte, Howards girlfriend and Amy, Sheldons girlfriend. As there are already that many seasons you should definitly watch it, because it wouldn´t make much sense if I would try to explain the content of all seasons.

This is an american series about lawyers. It´s about the brilliant Mike Ross, who always wanted to be a lawyer, but due to a reprimand at law school, he couldn´t fulfill that dream. It´s also about one of New York Cities best lawyers, Harvery Specter, who decides to hire Mike Ross for his law firm although he knows that he is not a real lawyer. That leads to many problems, drama and exciting moments. Really a great series. Hint: Megan Markle, Prince Harry´s fiancée, plays an important role in this series.

Grace and Frankie is a comedy series, starring Lily Tomlin and Jane Fonda. These two are Grace and Frankie, two friends who are brought together because their husbands announce that they are gay and want to get married. It´s a funny, but in my opinion also kind of realistic series because you can comprehend to their feelings after they are left by their husbands and have to deal with the new situation.

An american soap opera, based on the 80´s series Dynasty (german-  Denver Clan). The series starts when Fallon Carrington finds out that her father Blake Carrington is engaged to his employee Cristal, who is a lot younger than Blake. It all gets a lot more dramatic as soon as Fallon allies with one of Blake´s enemies, Jeff Colby, and Cristal´s nephew Sam arrives to stay at the Carringtons. Super dramatic and full of wheeling and dealing.

Everybody who loves to watch Full house, definitly has to watch this sequel. It´s centered aroung DJ Tanner- Fuller, a widowed mom and veterinarian. Her sister Stephanie Tanner and her best friend Kimmy Gibbler, just as her teenage daughter, live together at the Tanner´s childhood home in San Francisco, to help D.J. with her kids. Most persons of the original cast are reprising, except the Olsen twins. As a big fan of Full house it was a must-see for me and I really have to say they did a good job with that series.

It´s all about Neil Caffrey, a highly talented artist, who had been arrested, because he is a forger and thief, by the FBI agent Peter Burke. After espacaping from jail to look for his girlfriend, Neil proposes a deal to Burke to help him with his dangerous white collar criminal cases. After a while Burke agrees and so their unconventional friendship and work agreement starts. The series had me from second one, because it partly funny, dramatic and thrilling- the perfect mixture for me. 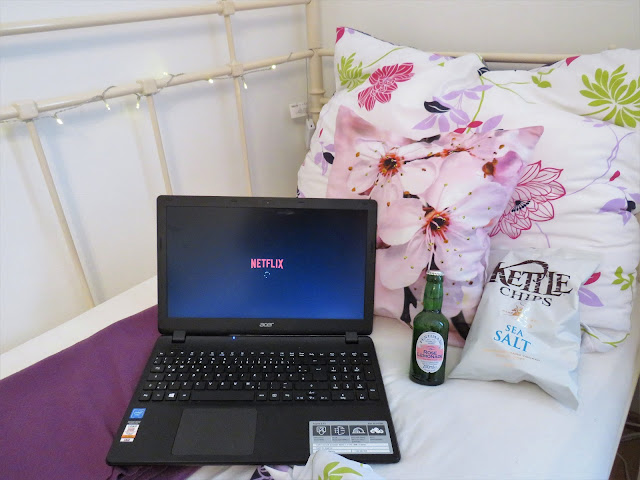 What are your favourite tv series? Do you like to watch series? If yes, where do you watch them?